Illustrating the future of meat 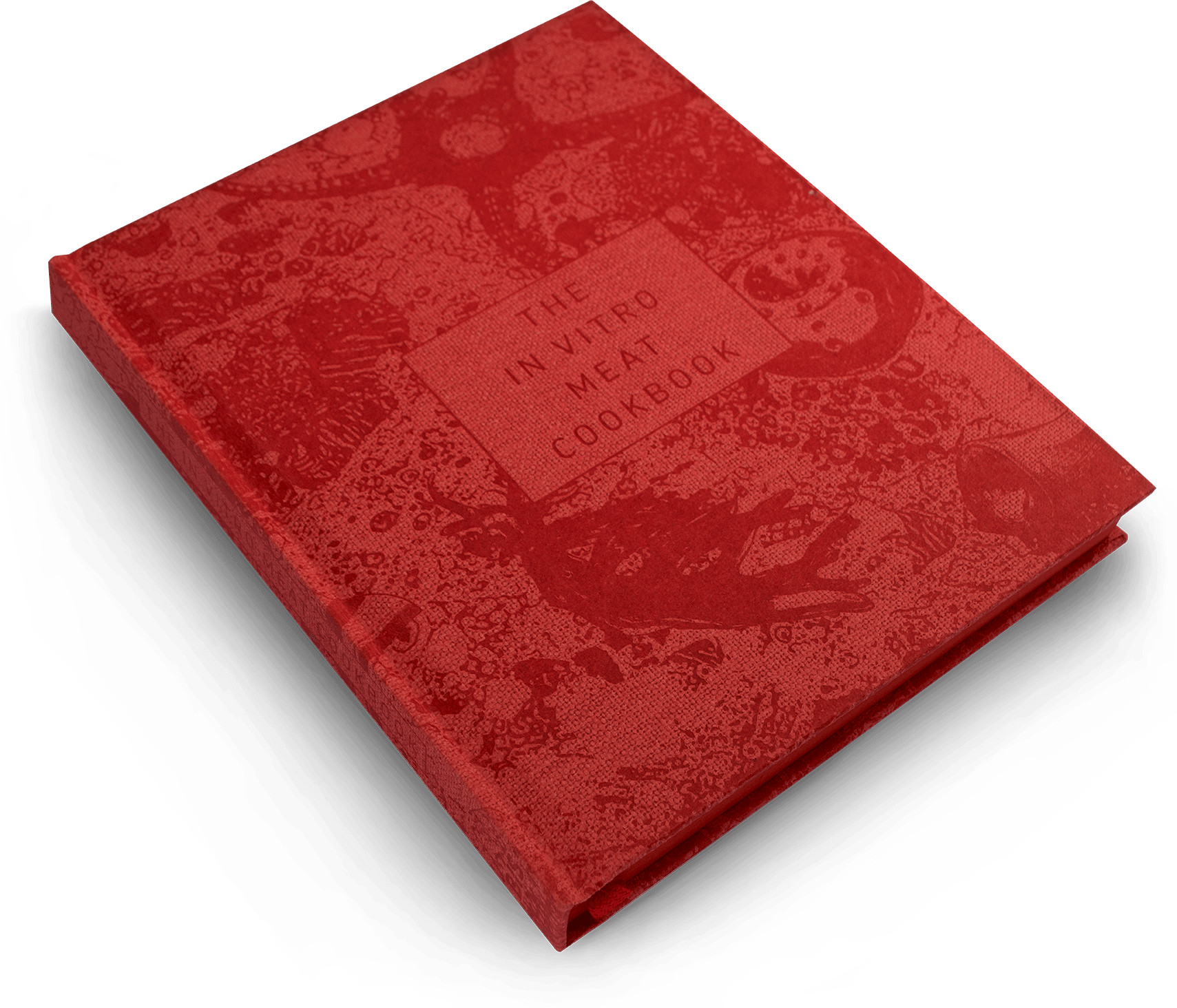 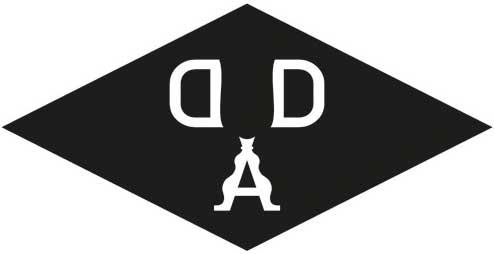 We need to talk about the future of meat

With the world’s population expected to reach nine billion people by 2050, it’s becoming impossible to produce and consume meat like we do today.

Climate change, energy use, animal diseases and global food shortages are just some of the problems facing us, not to mention the issue of animal welfare on factory farms. Will we soon be limited to eating rice, beans and seaweed burgers? Insects perhaps?

Some researchers expect that in vitro meat, grown from stem cells in a bioreactor, could provide a sustainable and animal-friendly alternative to conventional meat.

“We shall escape the absurdity of growing a whole chicken in order to eat the breast or wing by growing these parts separately under a suitable medium.” — W. Churchill, 1931

In 2013 the world’s first lab grown burger was cooked. Nevertheless, many people still find it an unattractive idea to eat meat from a lab. And rightly so, because before we can decide whether we will ever be willing to consume in vitro meat, we must explore the new food cultures it may bring us. 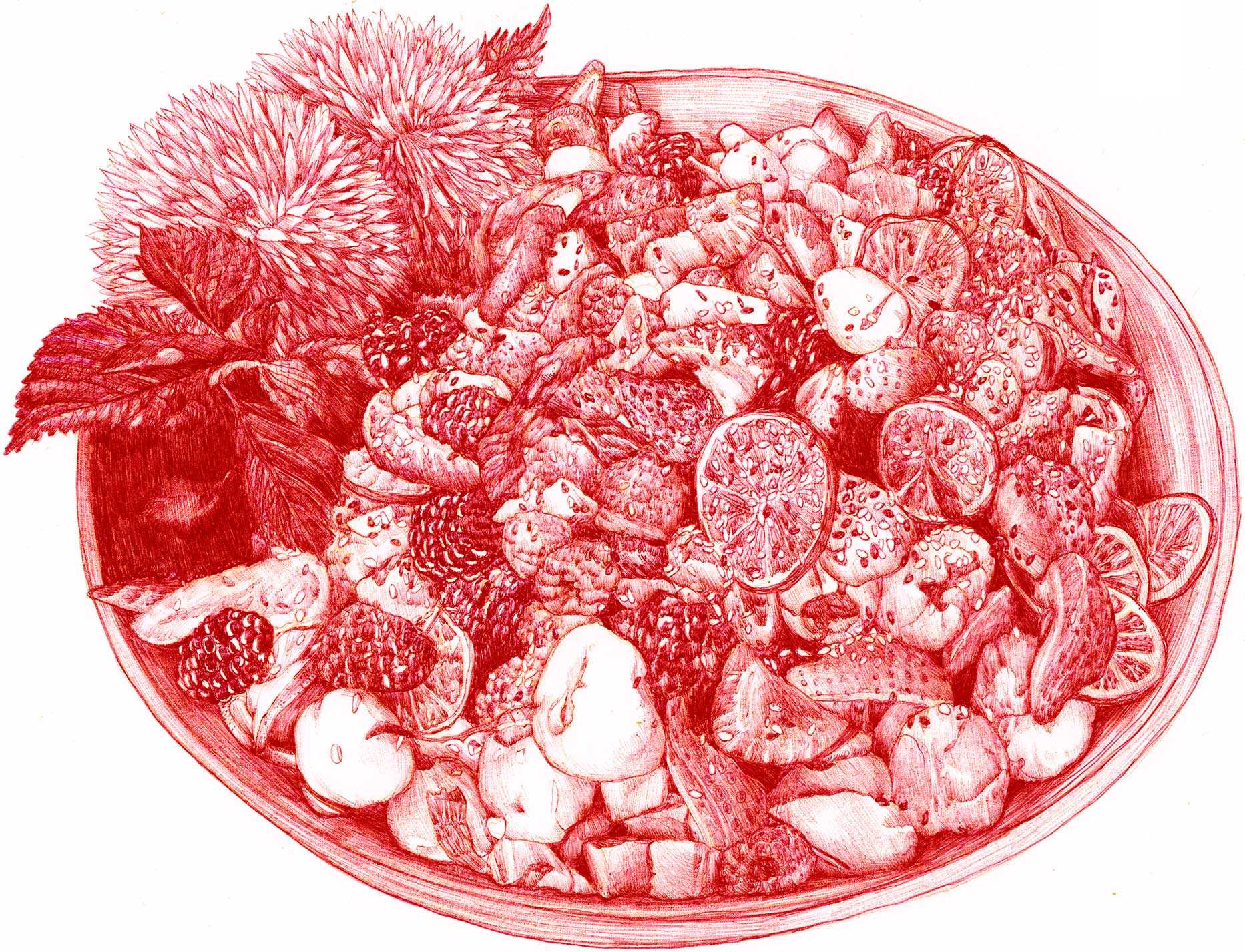 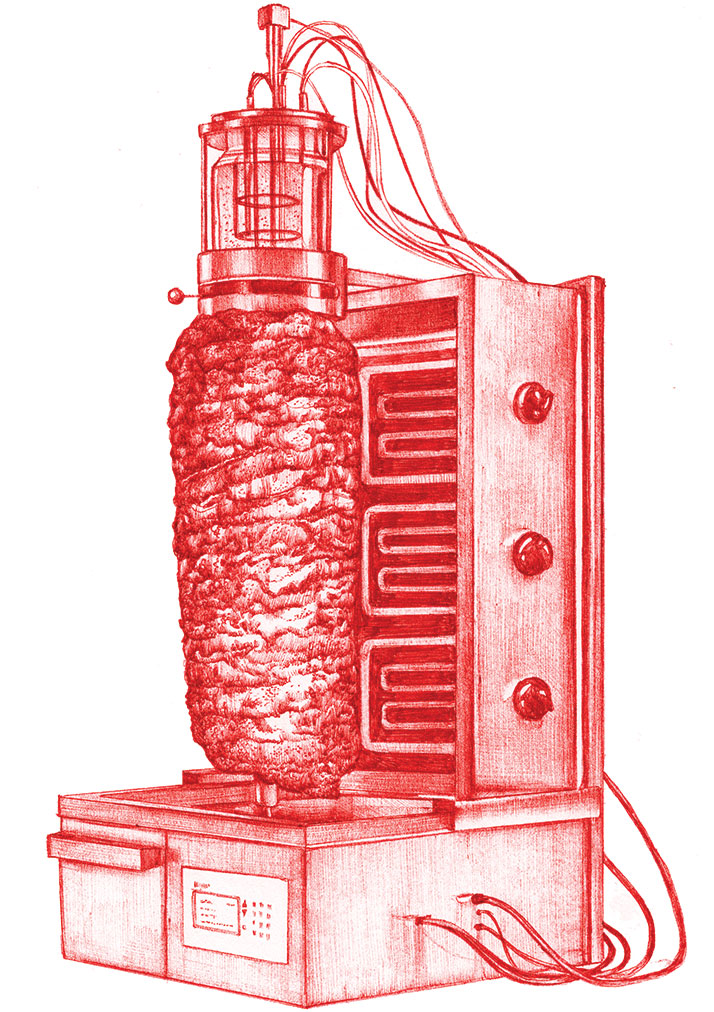 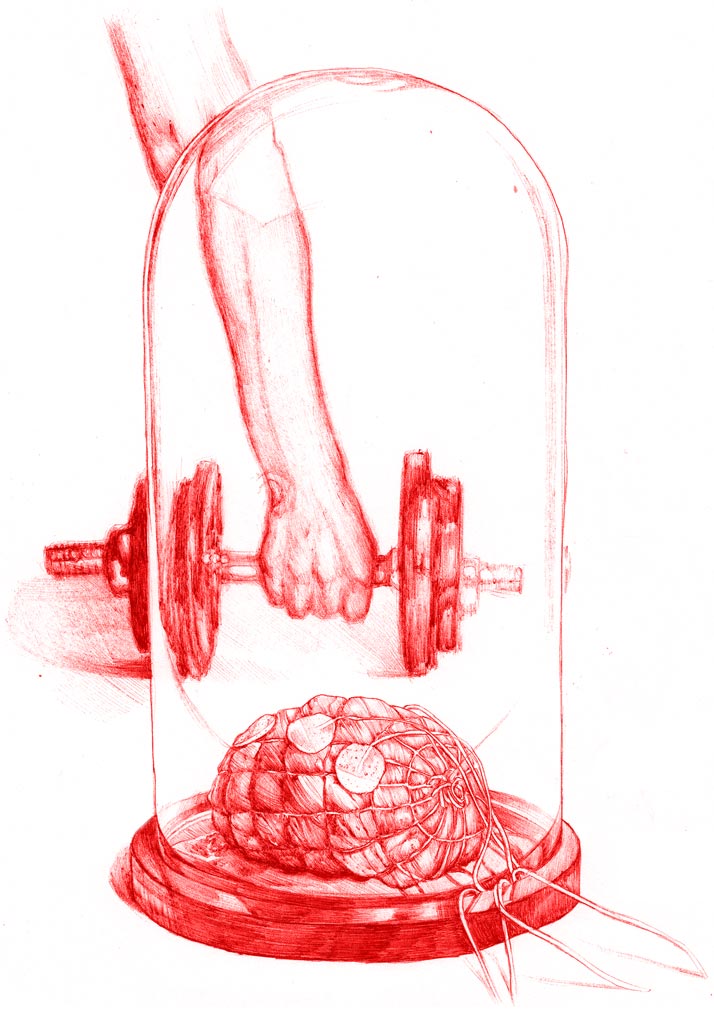 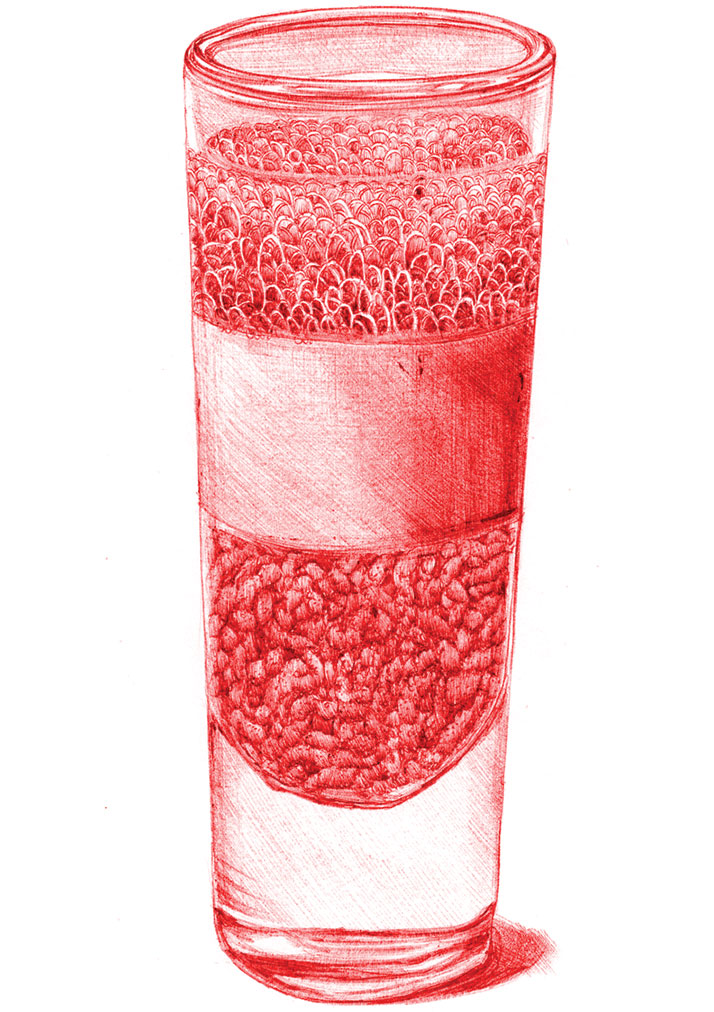 From the future to the past

The In Vitro Meat Cookbook is a project by Next Nature. Bomburo collaborated with the creative team in developing and visualising the wild recipes in typical meaty fashion (red ballpoint ), with more than 40 “meta- illustrations”.

The stylistic choice meant  to communicate further than what’s merely the pictorial aspect of the image; as somebody would when encountering something utterly new, foreign and mysterious, we tried tried to document the future of the meat until its most idle details. 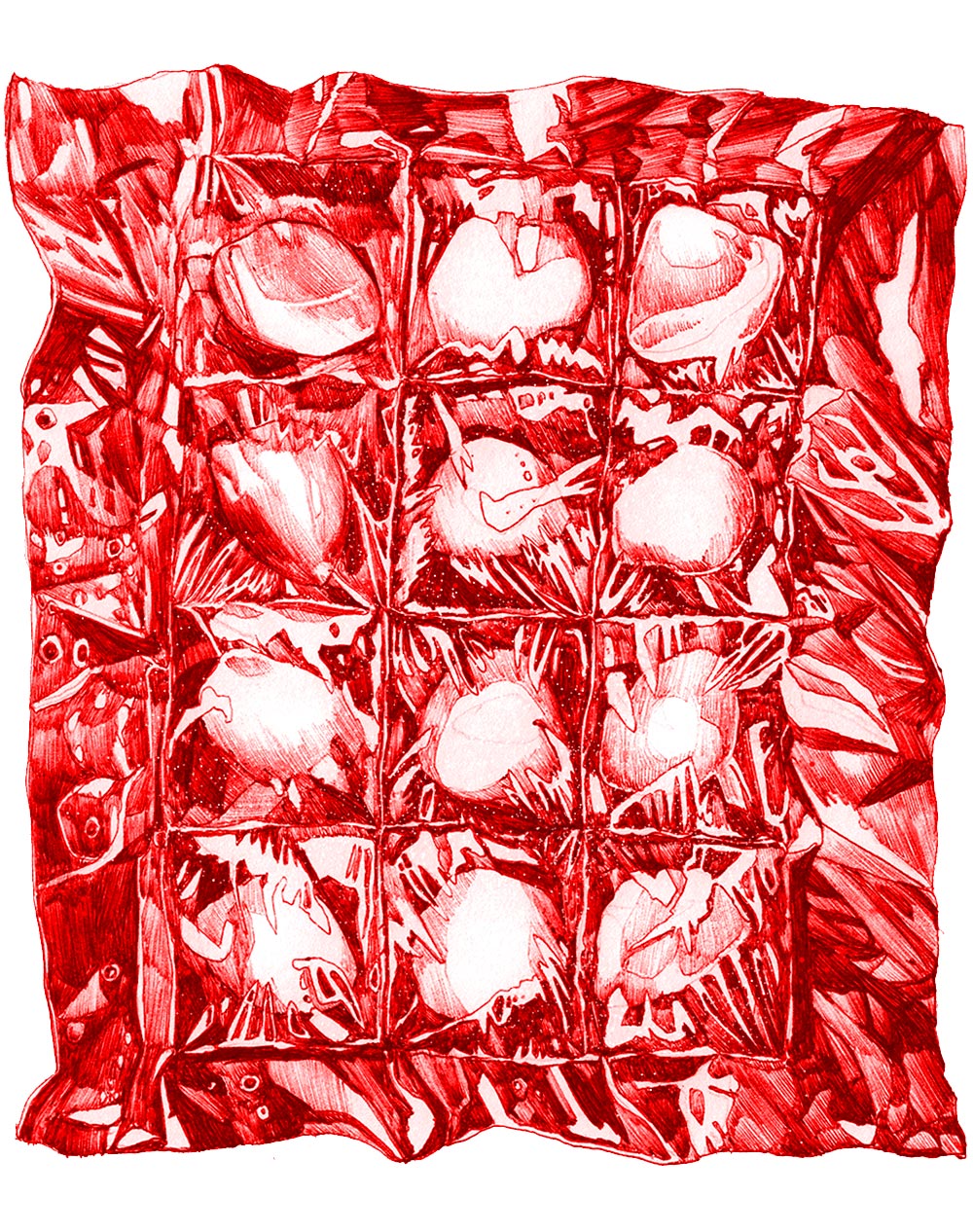 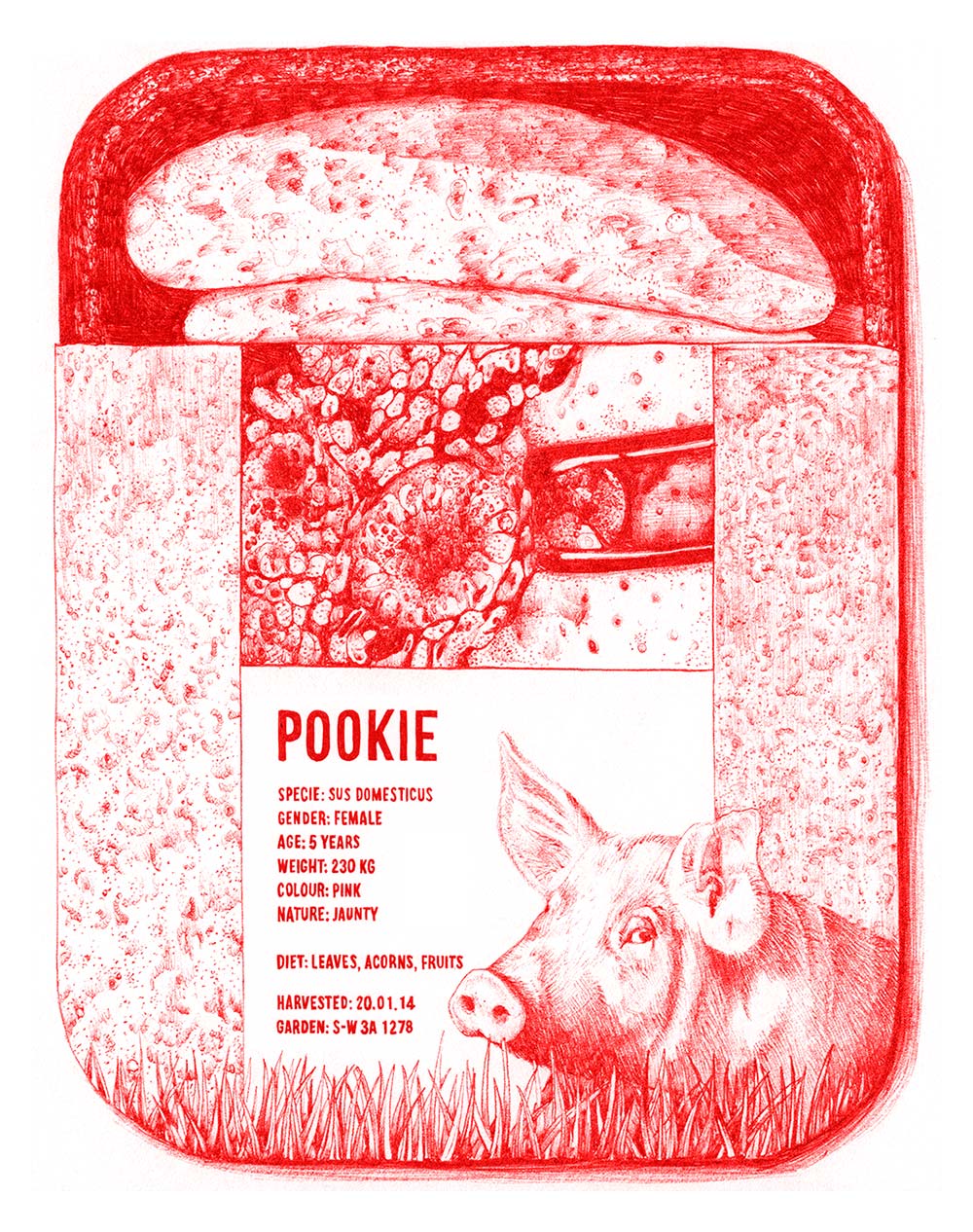 Although it is tempting to think we will simply mimic the hamburgers, sausages and steaks we already have, in vitro technology also has the unique potential to bring us new food products, tools and traditions.

The In Vitro Meat Cookbook aims to move beyond in vitro meat as an inferior fake-meat replacement or horseless carriage, to explore its creative prospects and visualise what in vitro meat products might be on our plate one day. 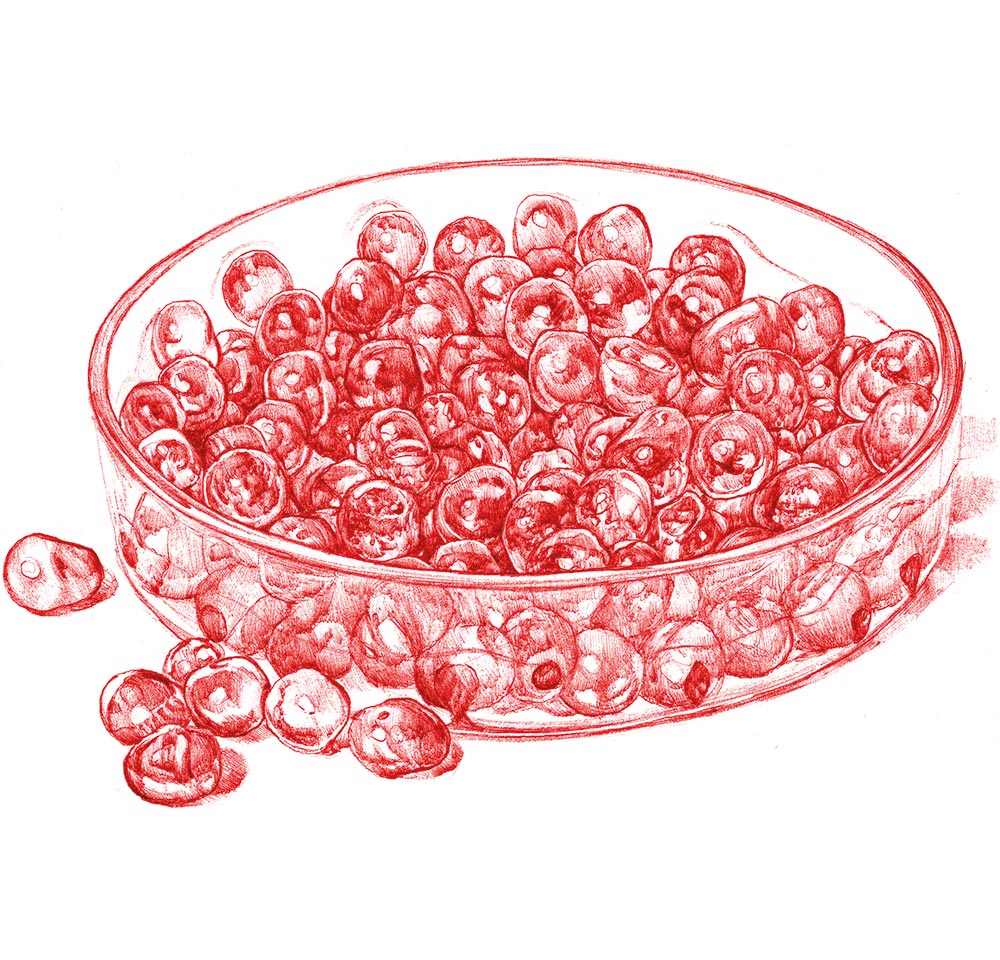 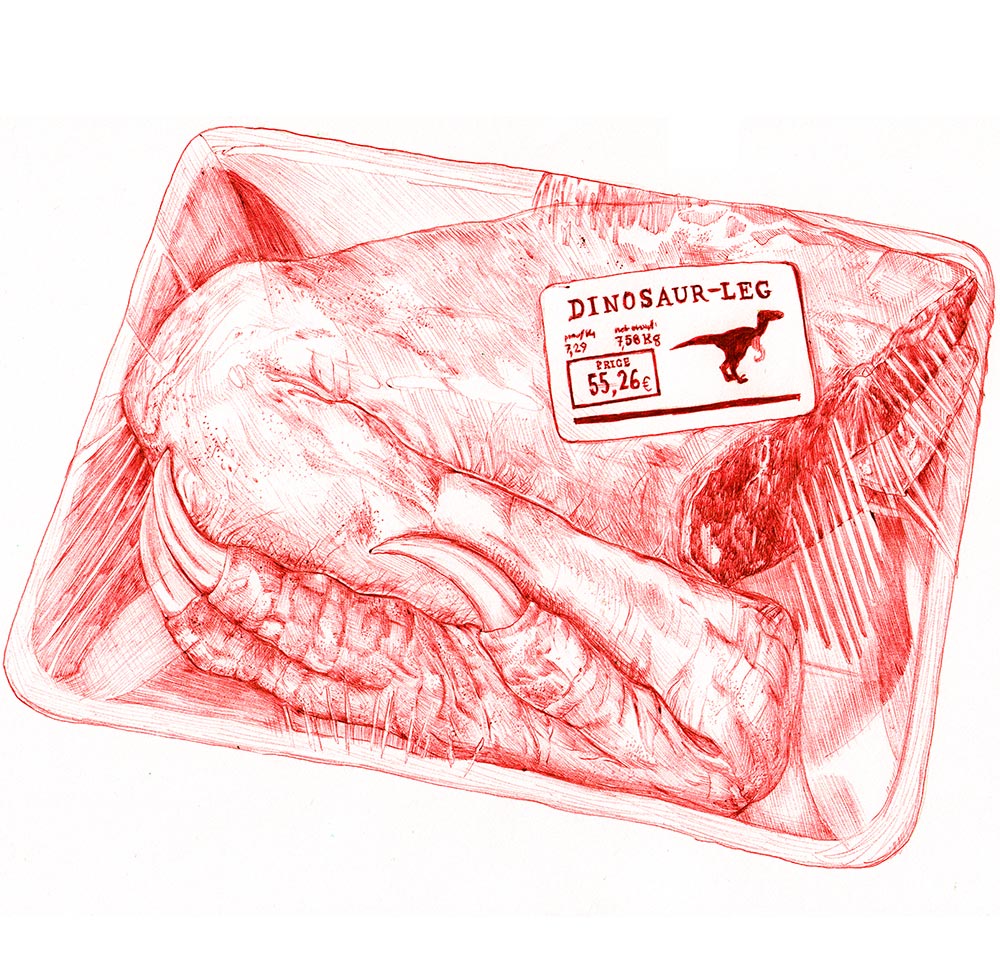 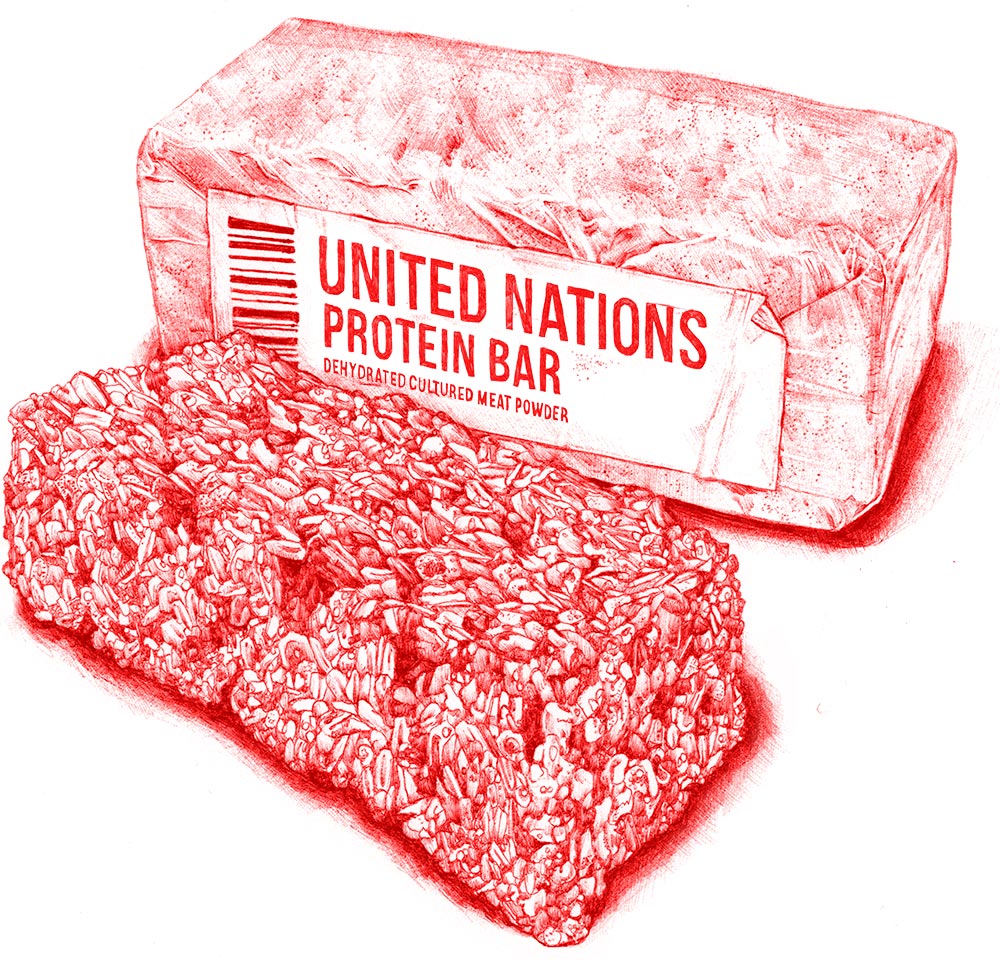 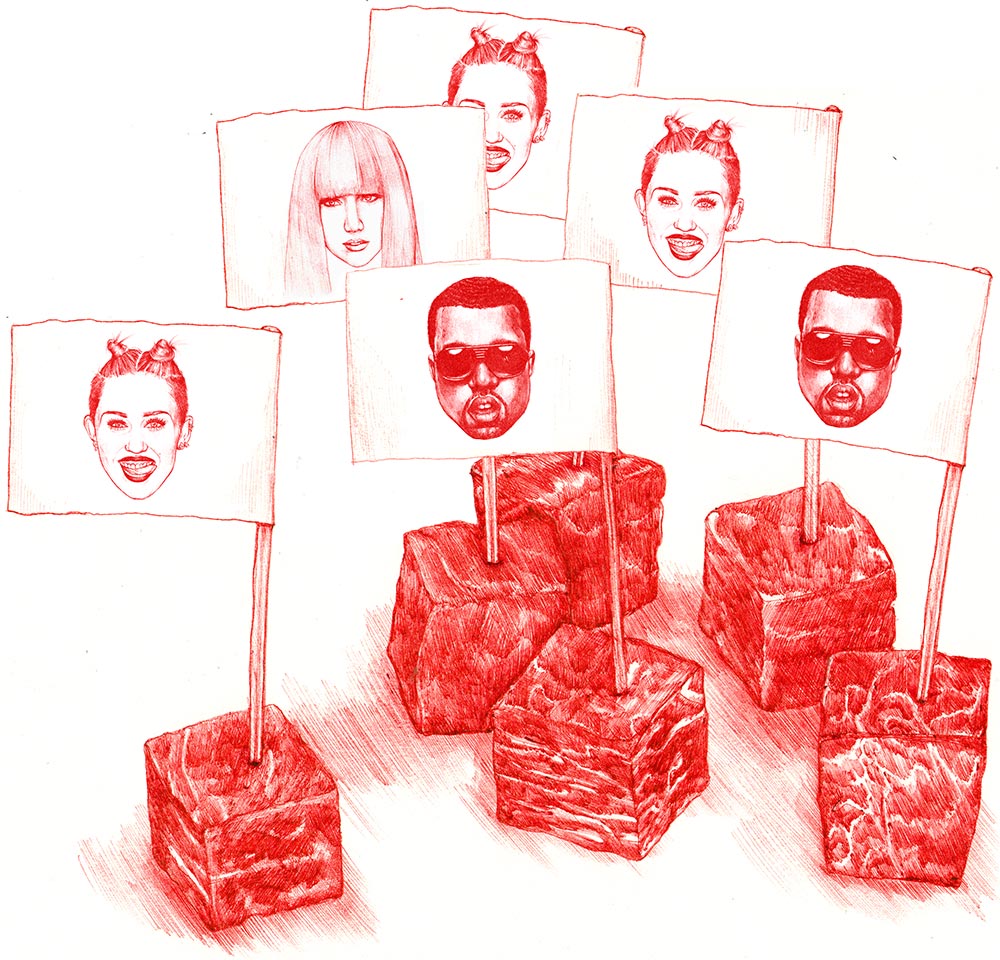 The dishes have been created by a team of chefs, designers and artists to explore the potential of in vitro meat. Recipes range from knitted meat to meat fruit and meat ice cream. While some dishes are innovative and delicious, others are rather uncanny and even macabre.

“Beautifully illustrated with detailed sketches, the book is half-fiction, half scientific-inquiry” — Wired Magazine

The aim of the project was not to promote lab-grown meat, nor to predict its future, but rather to visualise a wide range of possible new dishes and food cultures to help us decide what future we actually want. 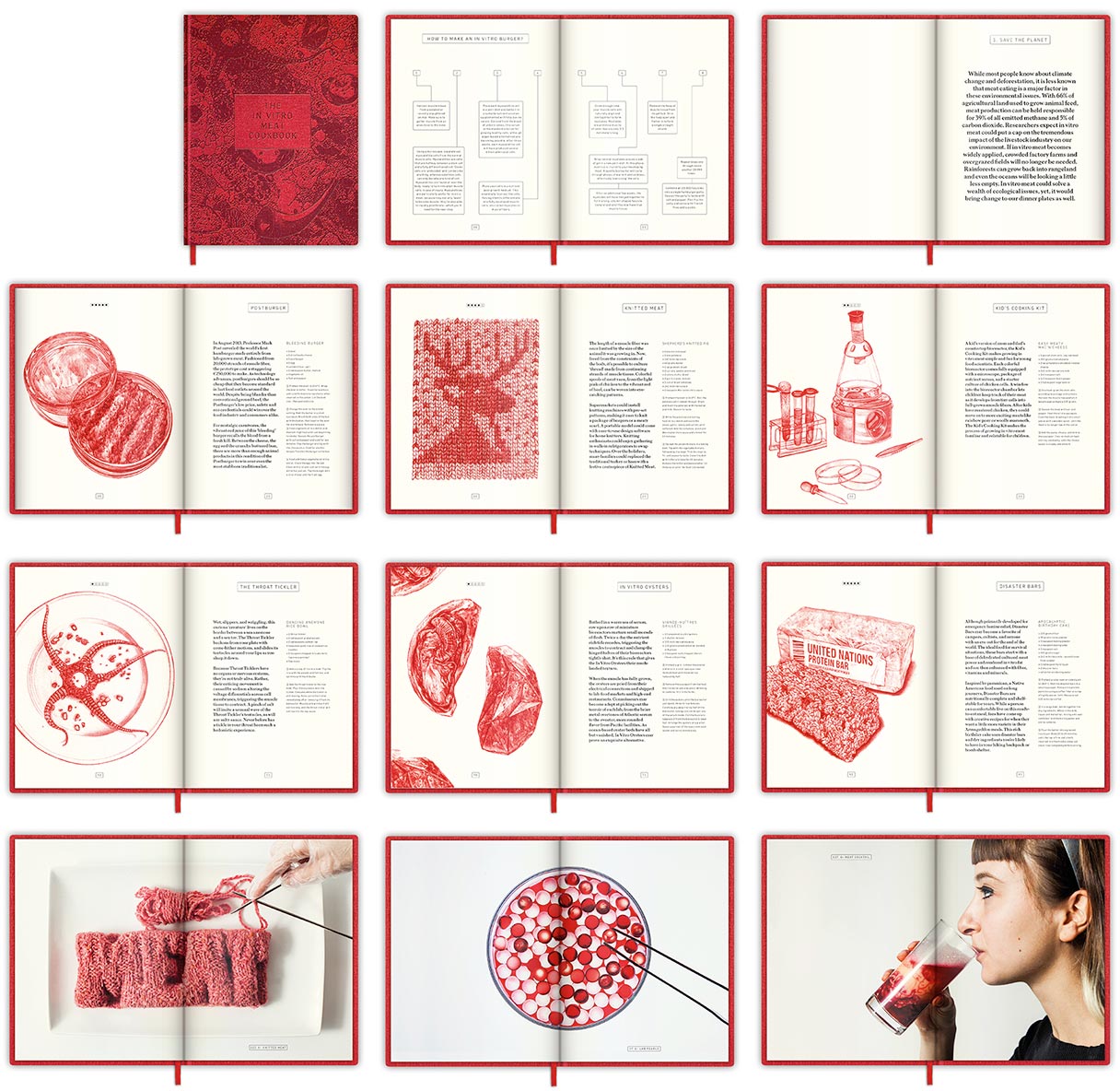 “Playing the ‘what if’ game to get people thinking and talking about their food and the future.” – ABC News 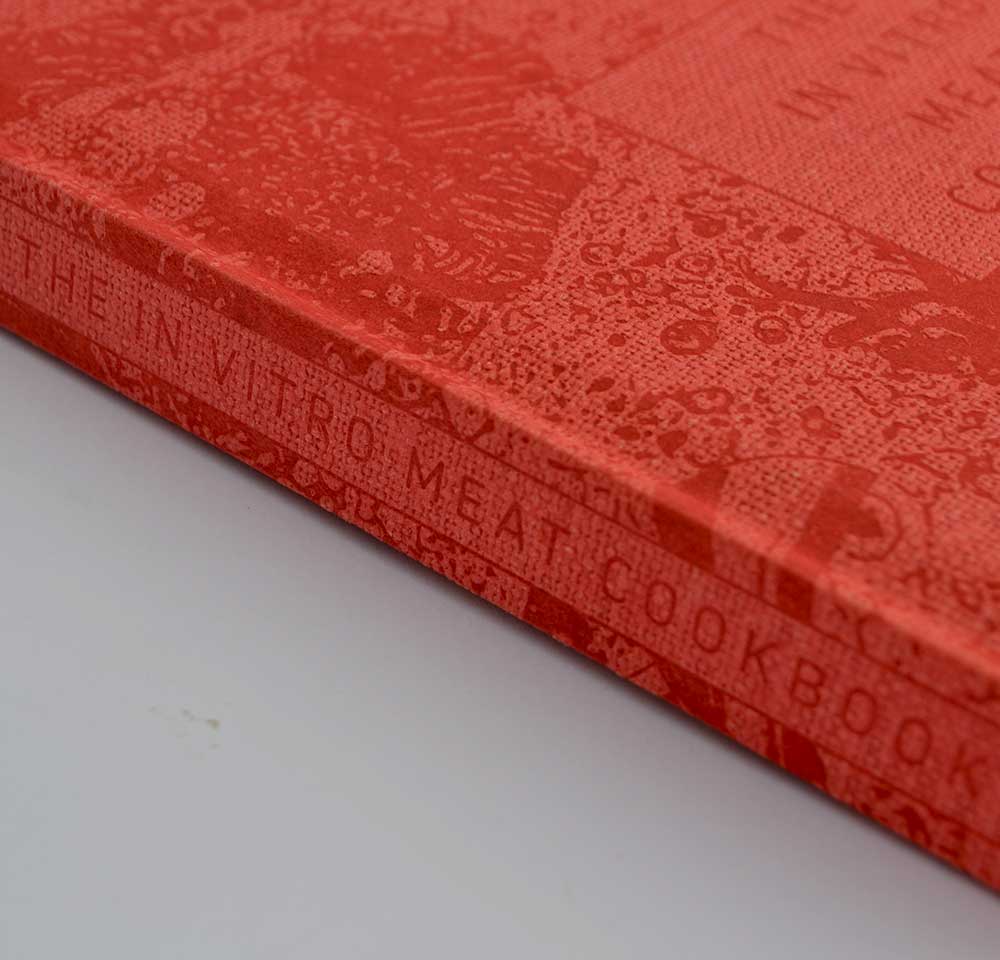 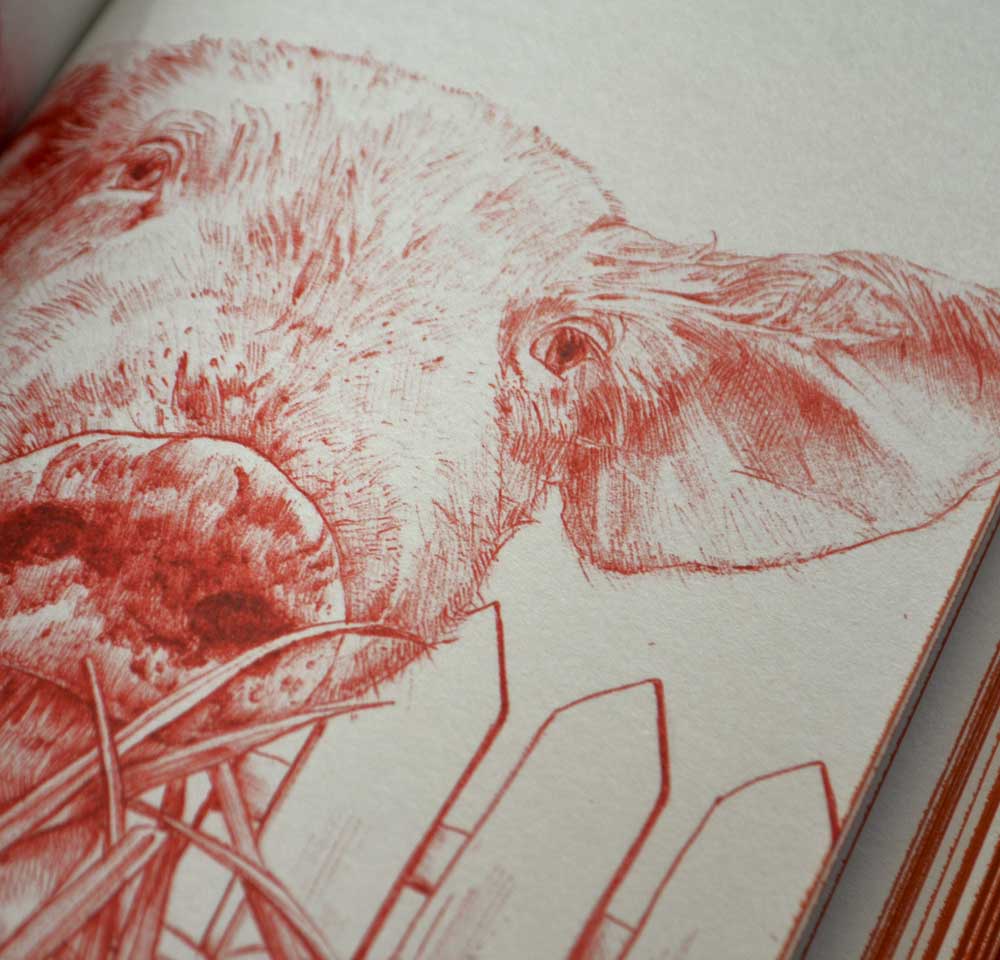 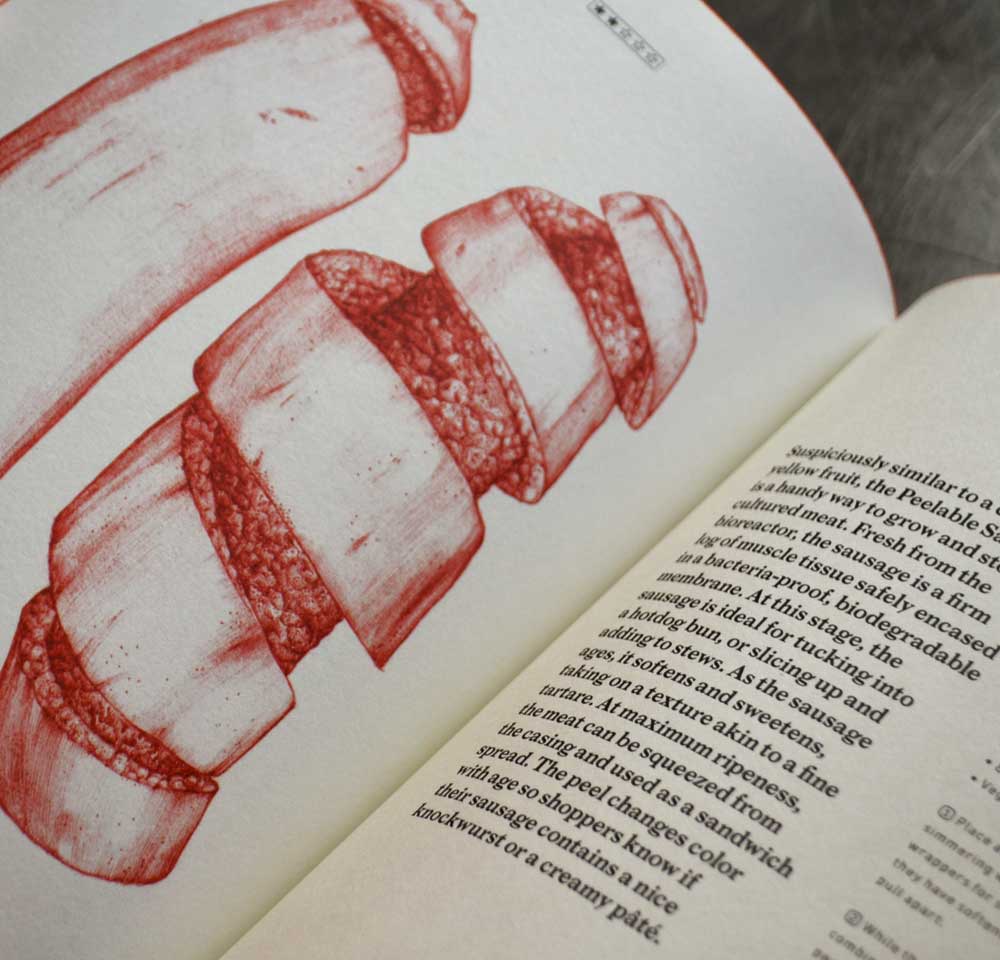 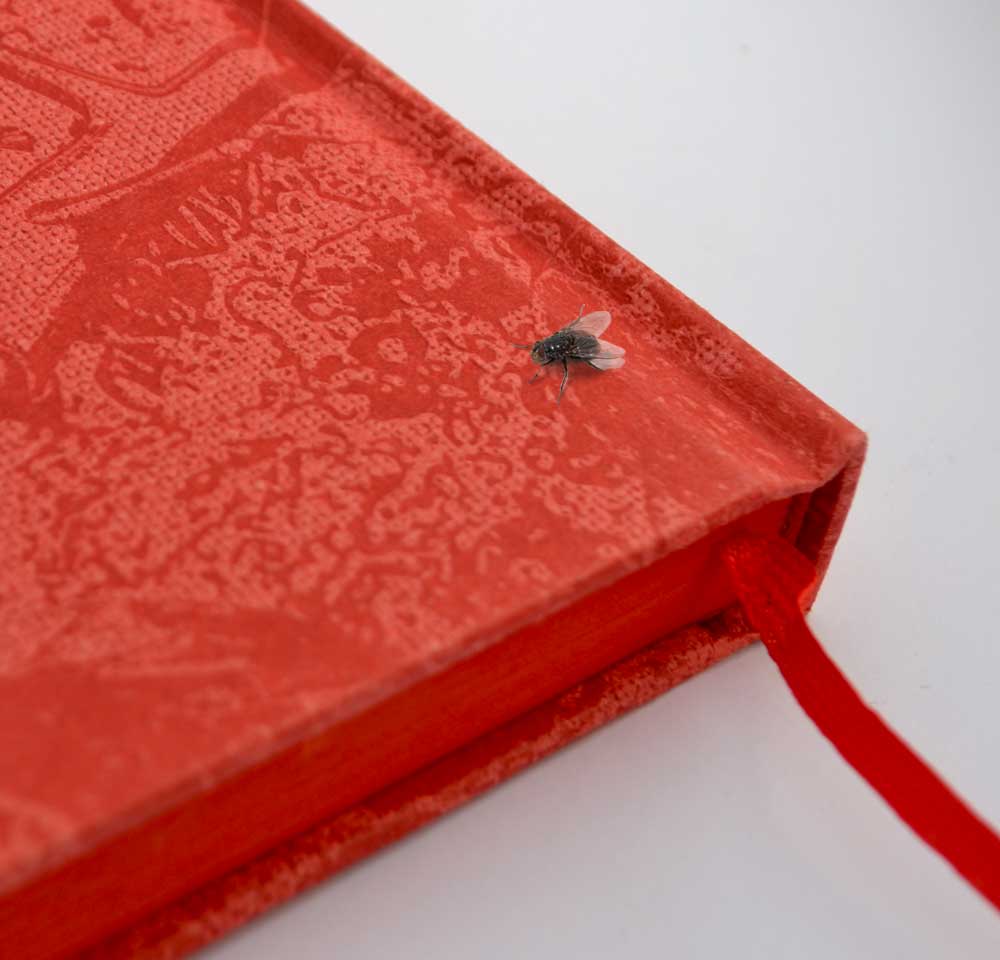 “If it takes a visually appealing yet totally bizarre cookbook from which you cannot cook to prod people to think about our food, then that’s the way it is.” – VICE

We developed a range of vegetarian symptoms while working on the project that for some of us evolved into a fully vegetarian condition, disabling us until this day to go back to our merry days of meat eating. 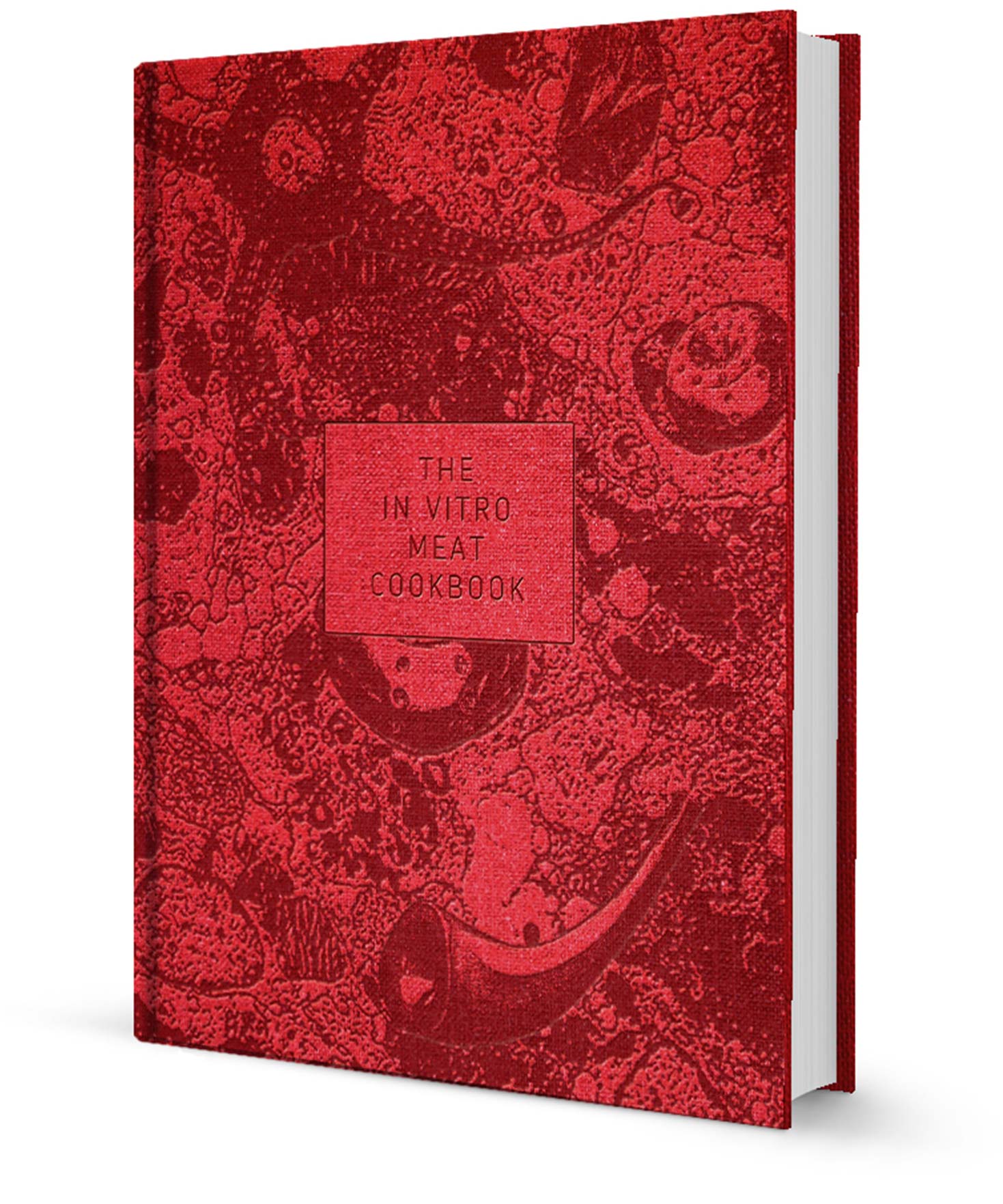